From June 4th until September 25, 2022, the Museum Barberini in Potsdam, Germany hosts a large-scale  exhibition titled The Shape of Freedom. International Abstraction after 1945. The exhibition examines the creative interplay between Abstract Expressionism and Art Informel in transatlantic exchange and dialogue, from the mid-1940s to the end of the Cold War.

The show takes its point of departure from a number of important paintings in the Hasso Plattner Collection, whose holdings also include key works of French Impressionism. Artists like Joan Mitchell, Sam Francis, and Norman Bluhm were inspired by Impressionist landscape painting. The nearly abstract water lily paintings of Claude Monet, in particular, were viewed by many as anticipating twentieth-century artistic developments.

Two works by Sam Francis, both made in the 1980s, will be shown in the exhibition (see below).

About My Shell Angel the catalogue entry reads:

The transparent colors in the upper and lower halves of the picture are reminiscent of warercolor painting. Apart from numerous dynamic splashes of color, Francis has left the center of the huge composition brilliant white. The impression of lightness contrasts with the pretensions of the monumental, wall-filling format. Francis has places his deep red handprint in several places, signing the painting as it were. Like Jackson Pollock and Helen Frankenthaler, he worked his large-format canvases from all sides on the floor.

Visit the exhibitionpage and the virtual 360° tour here. 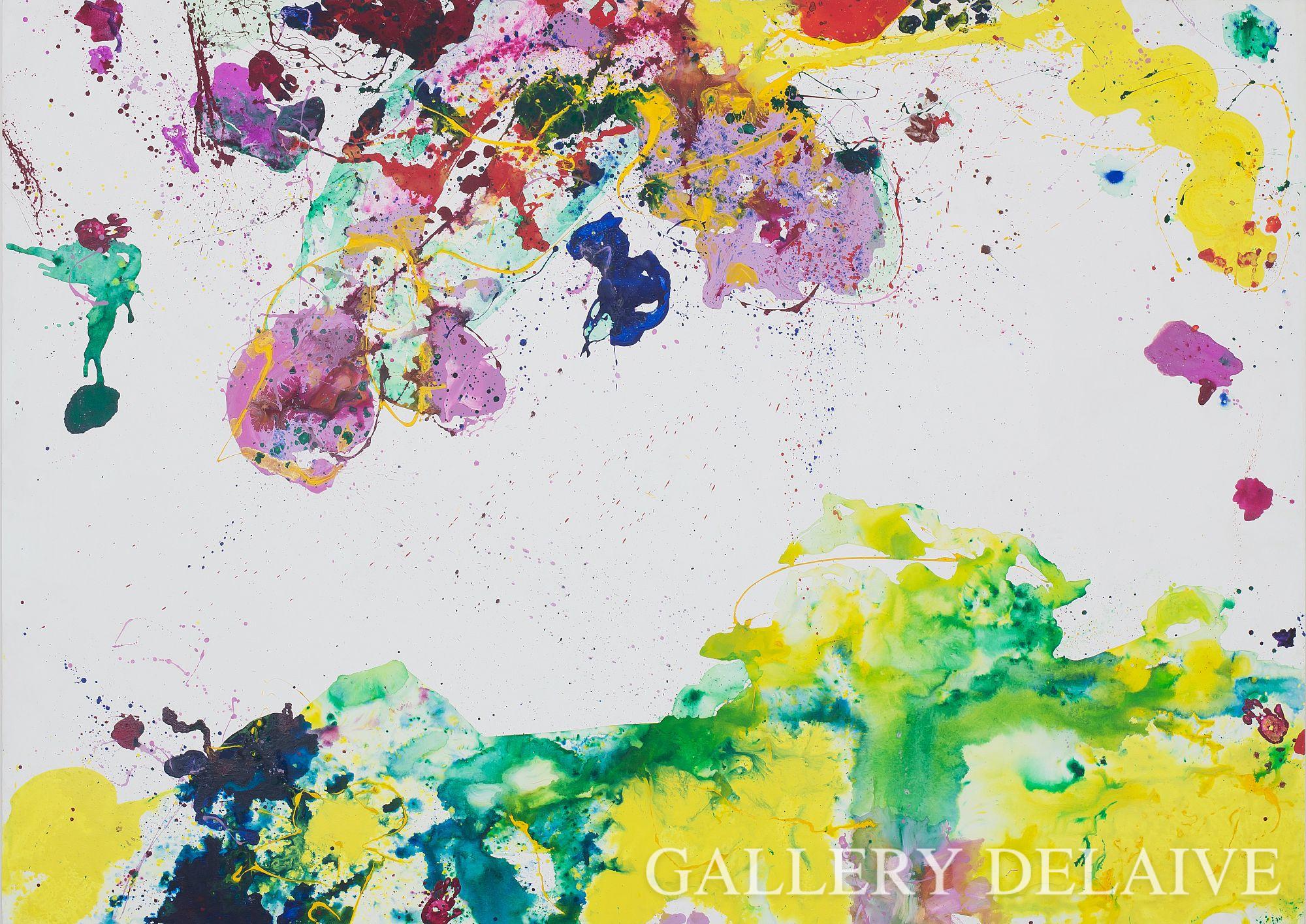