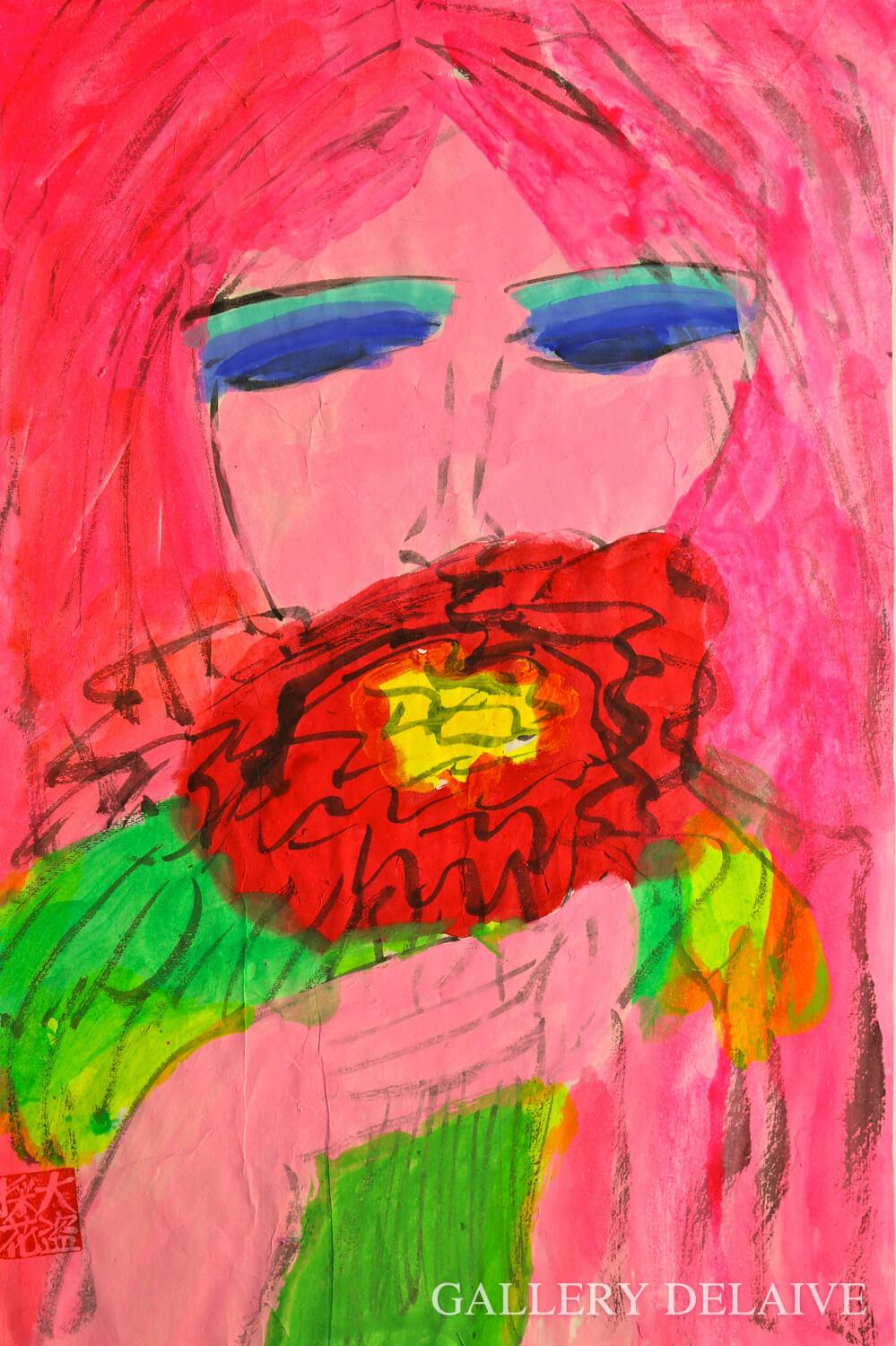 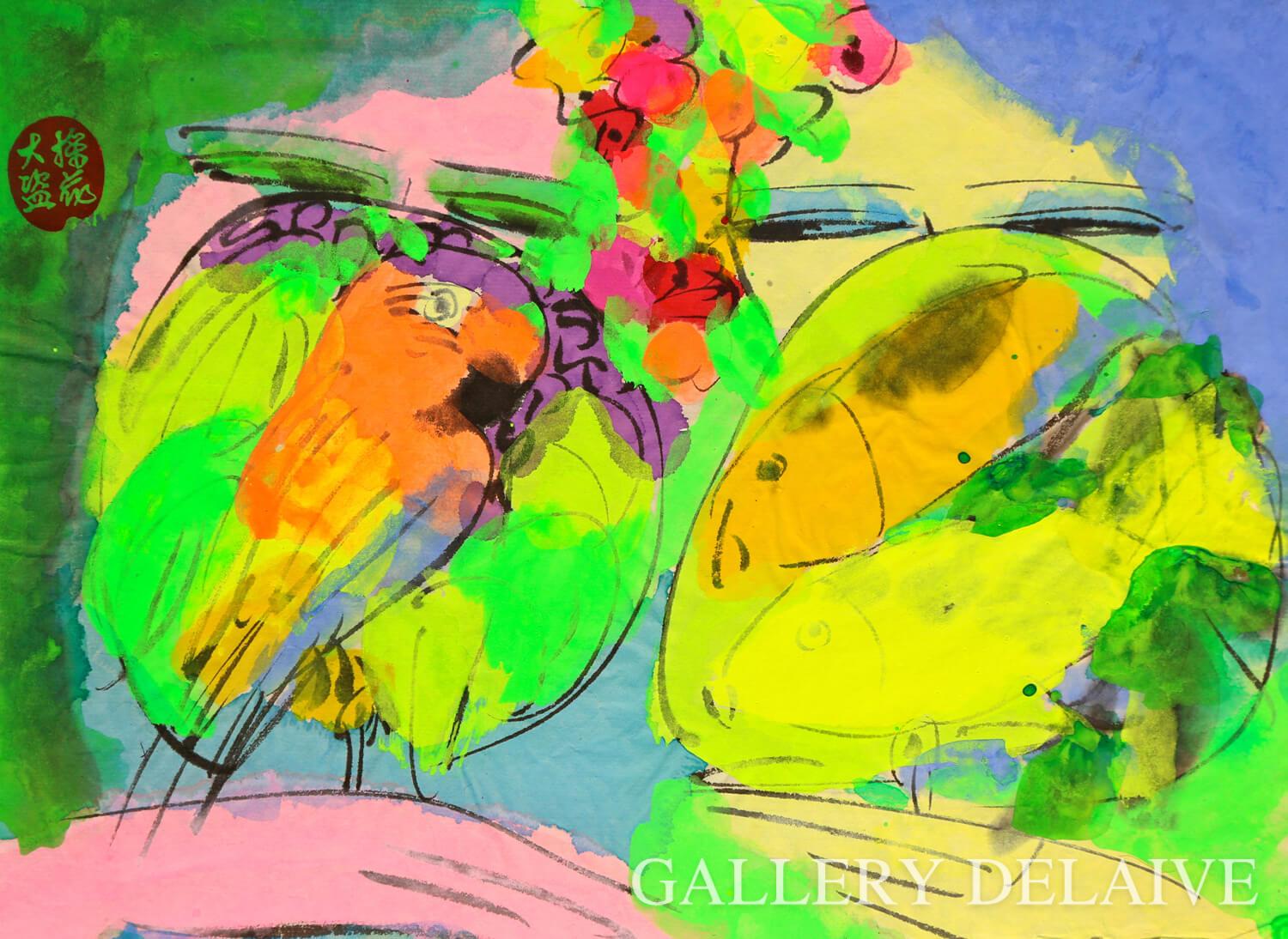 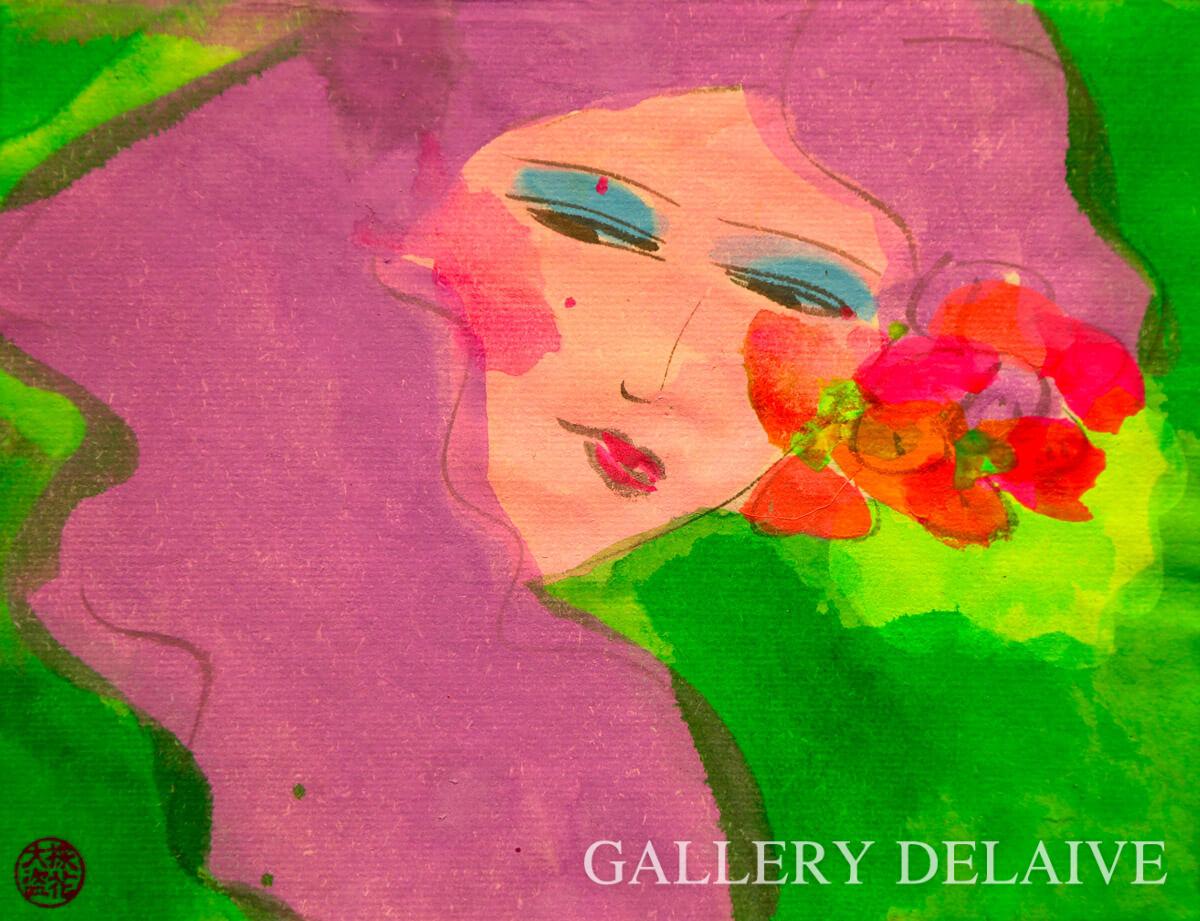 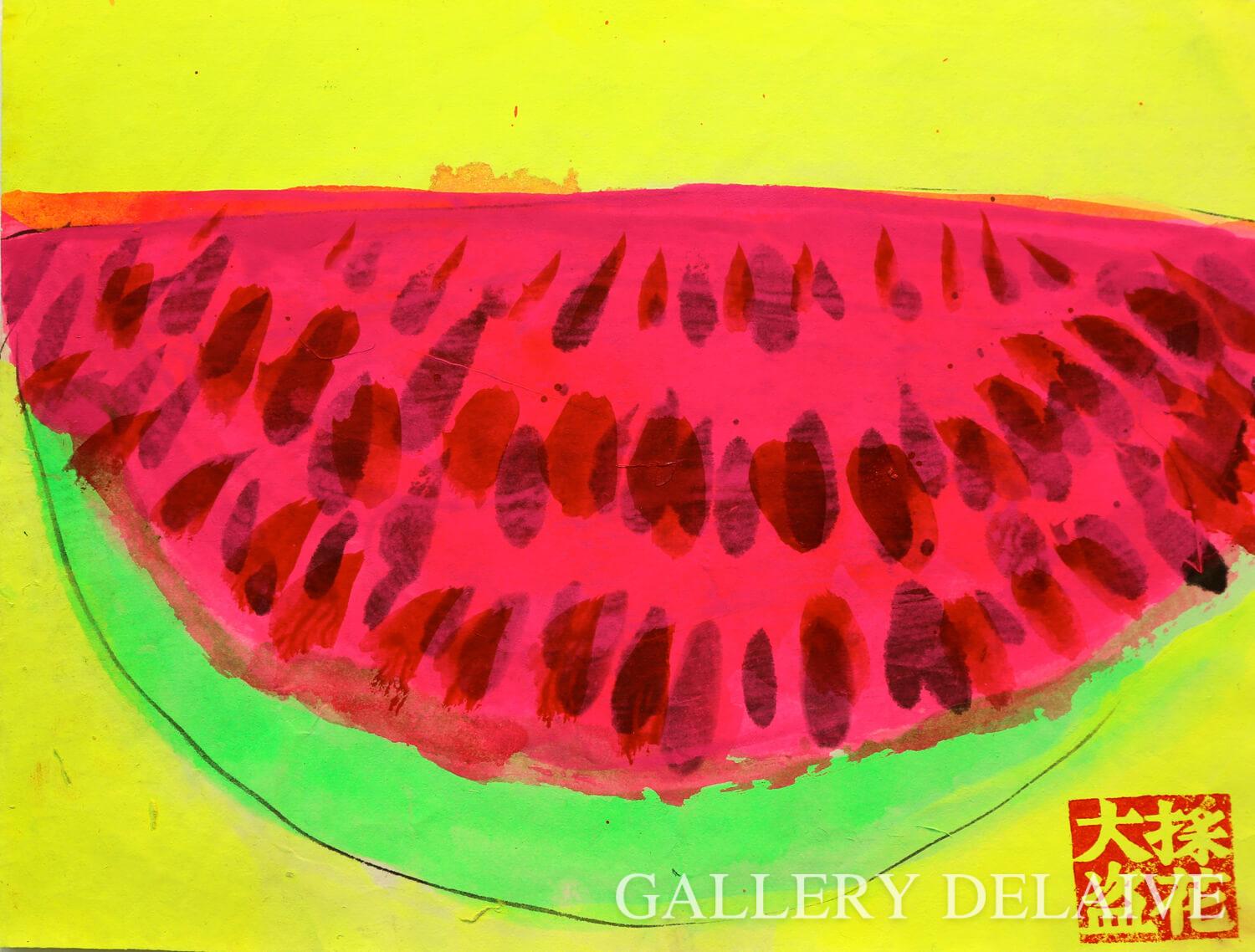 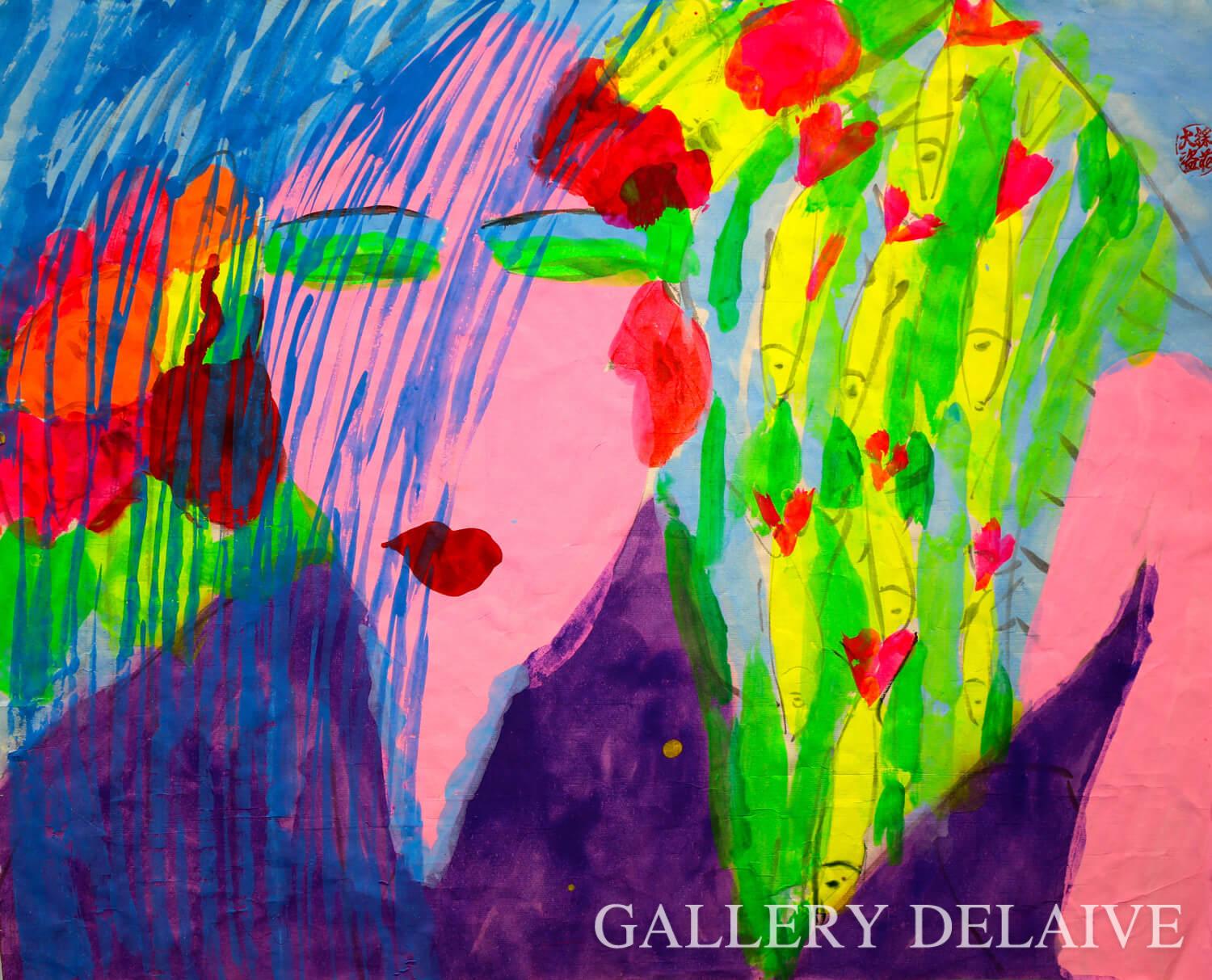 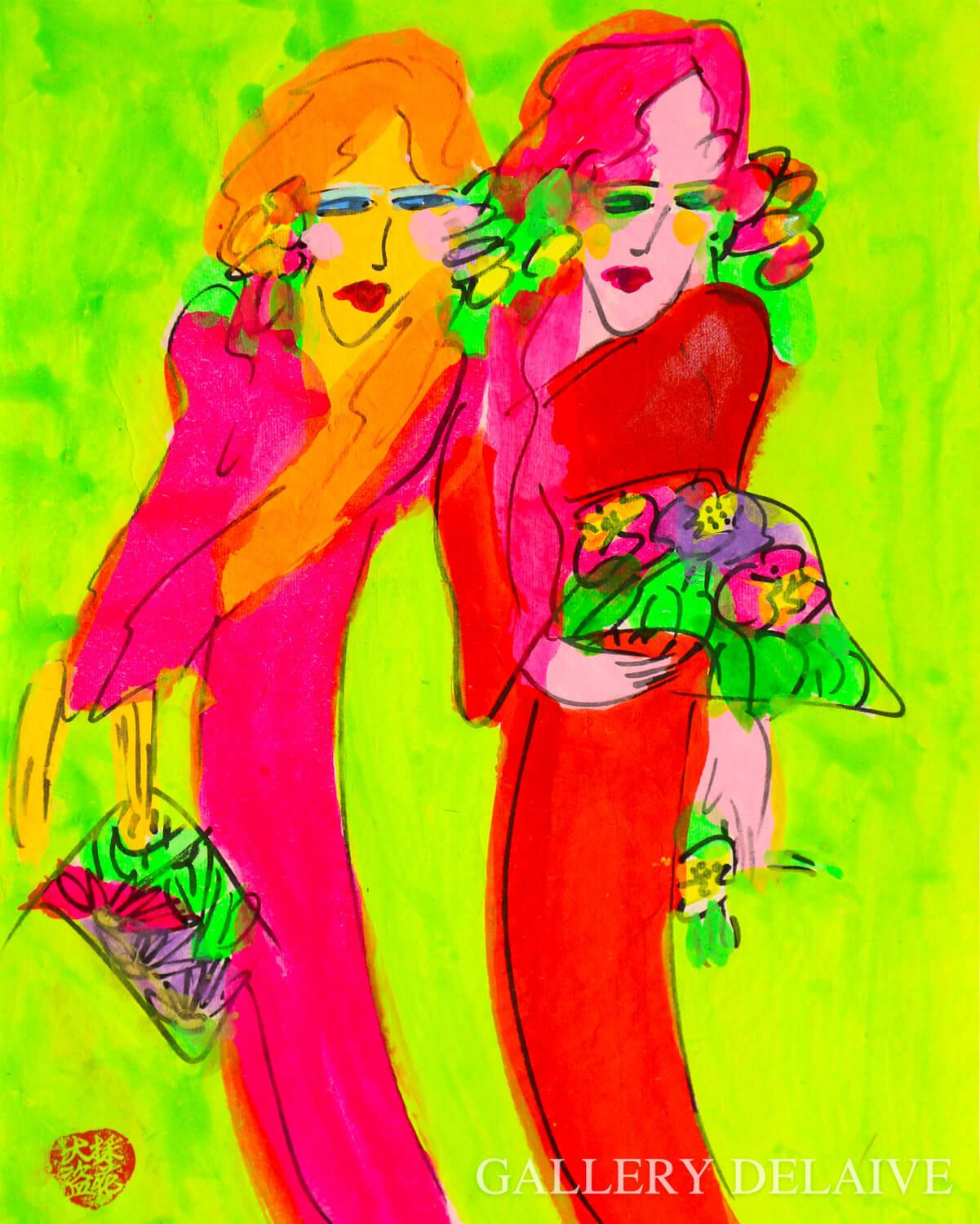 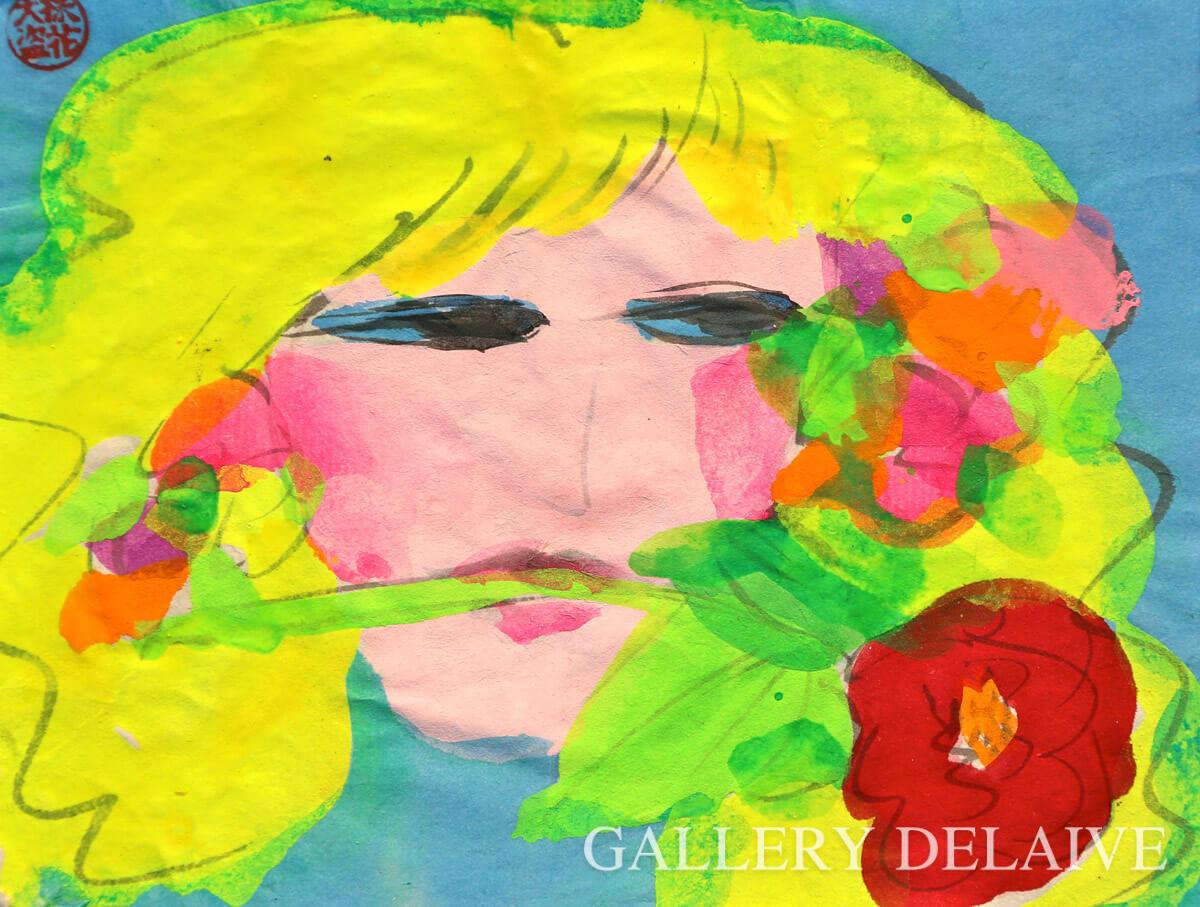 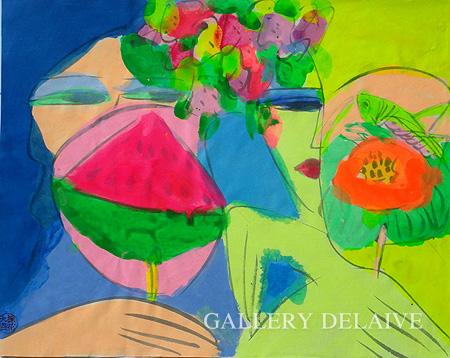 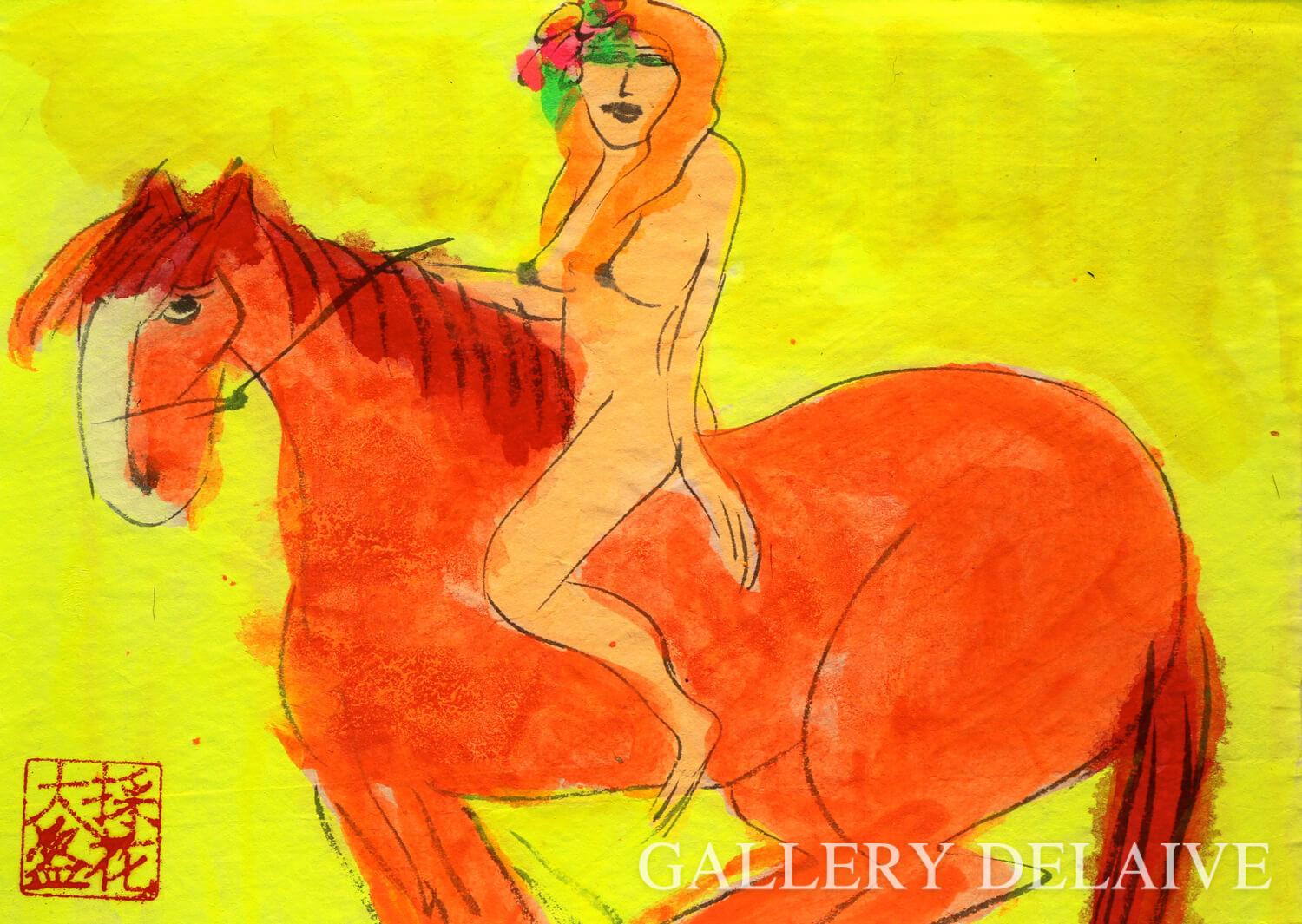 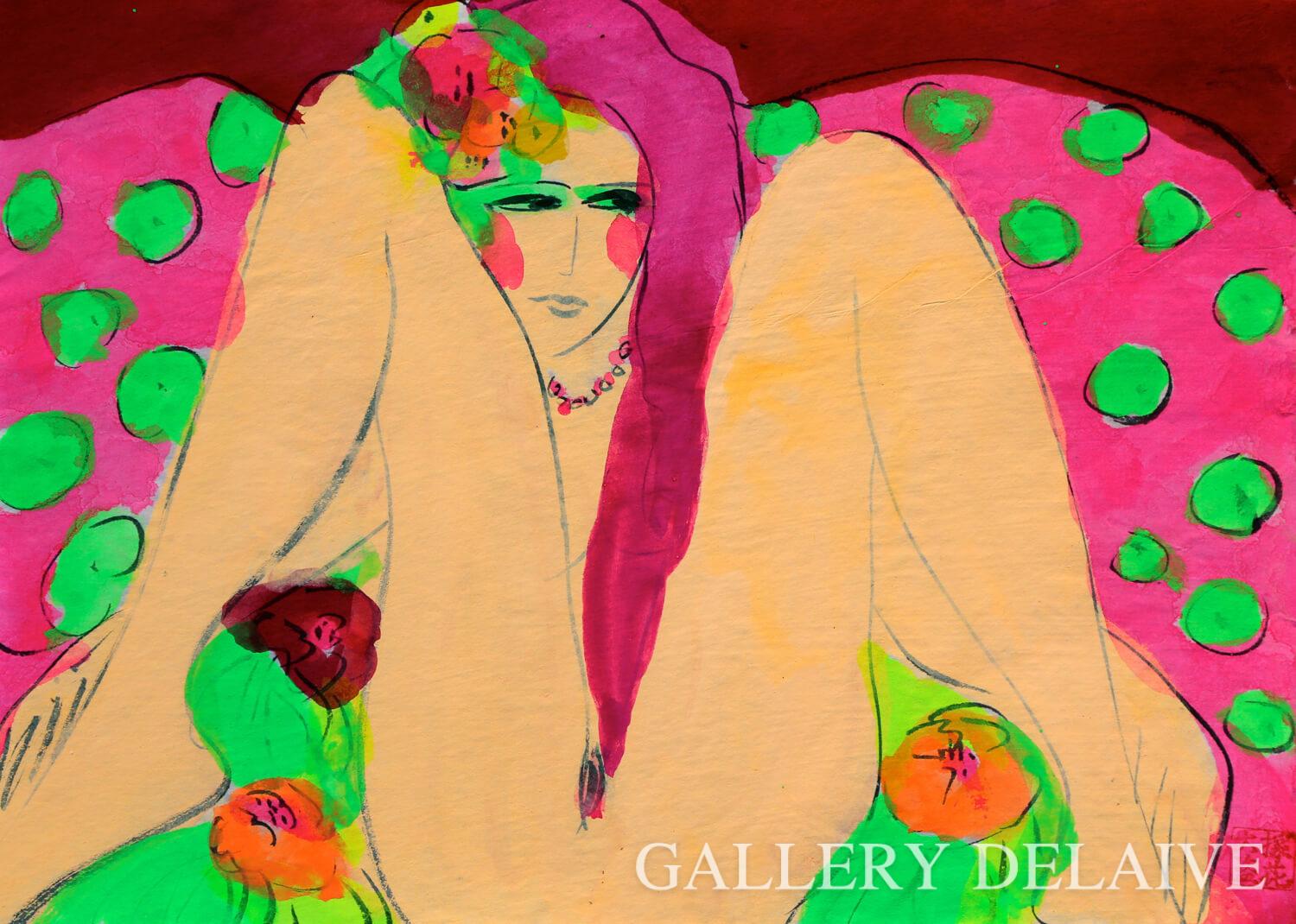 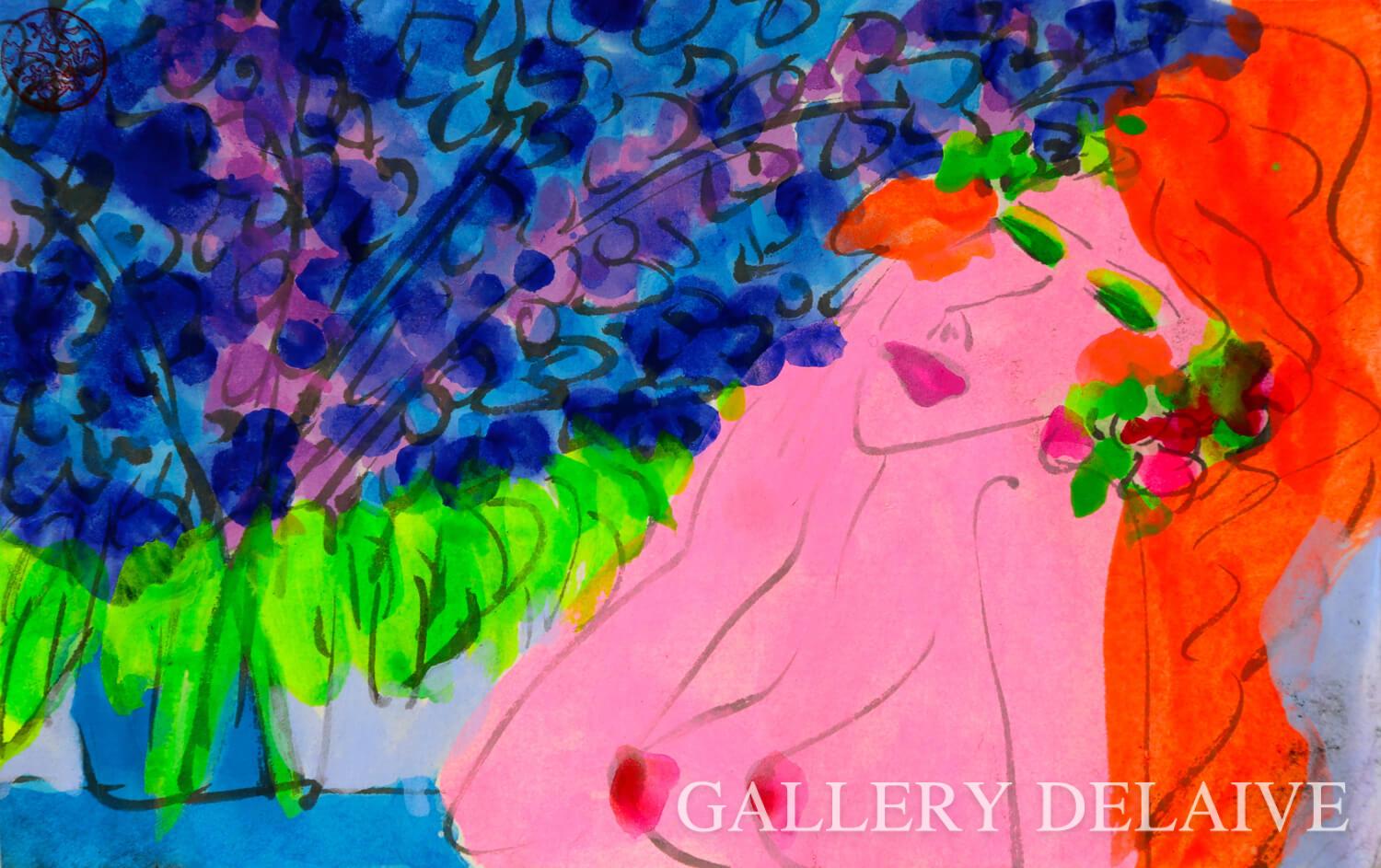 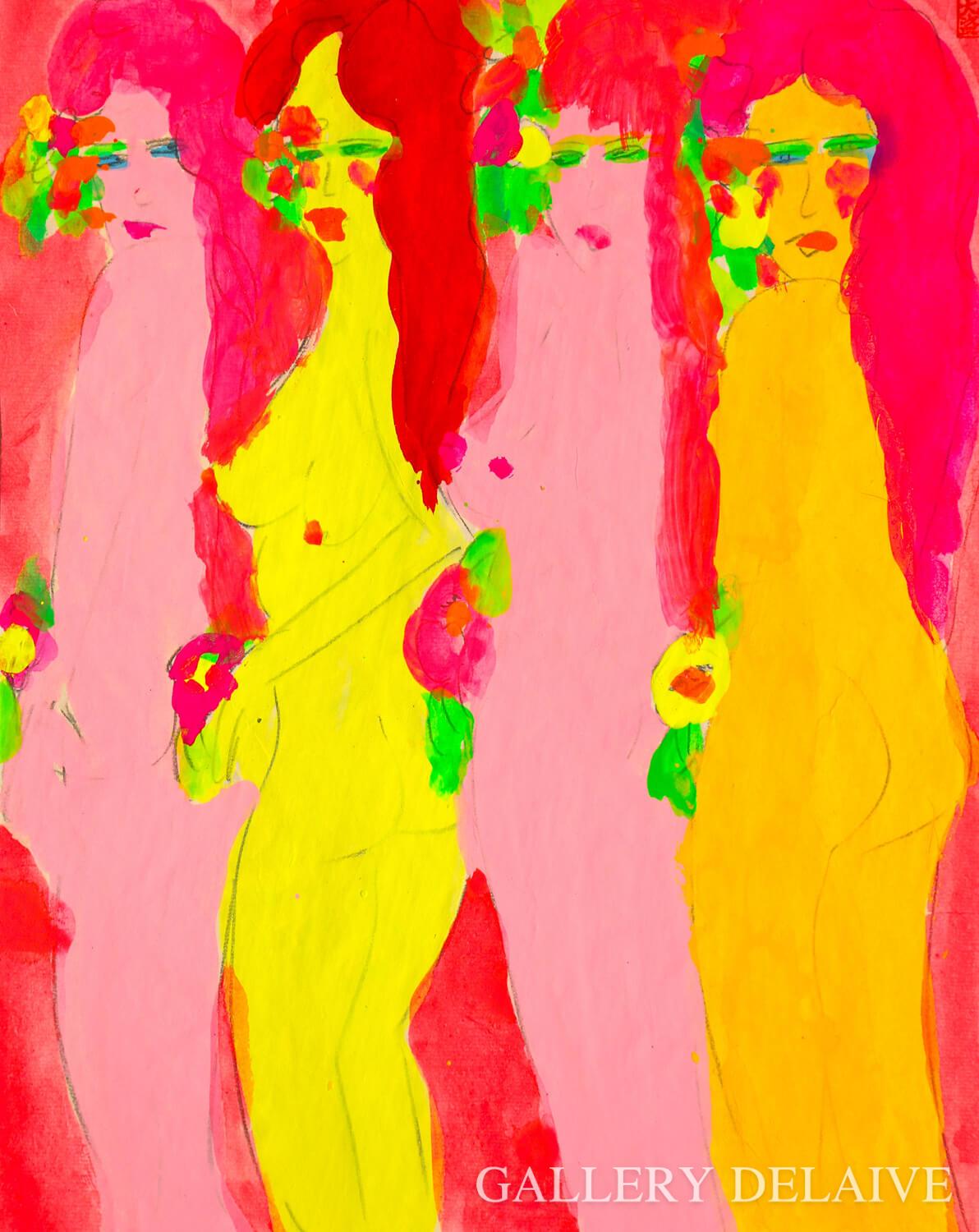 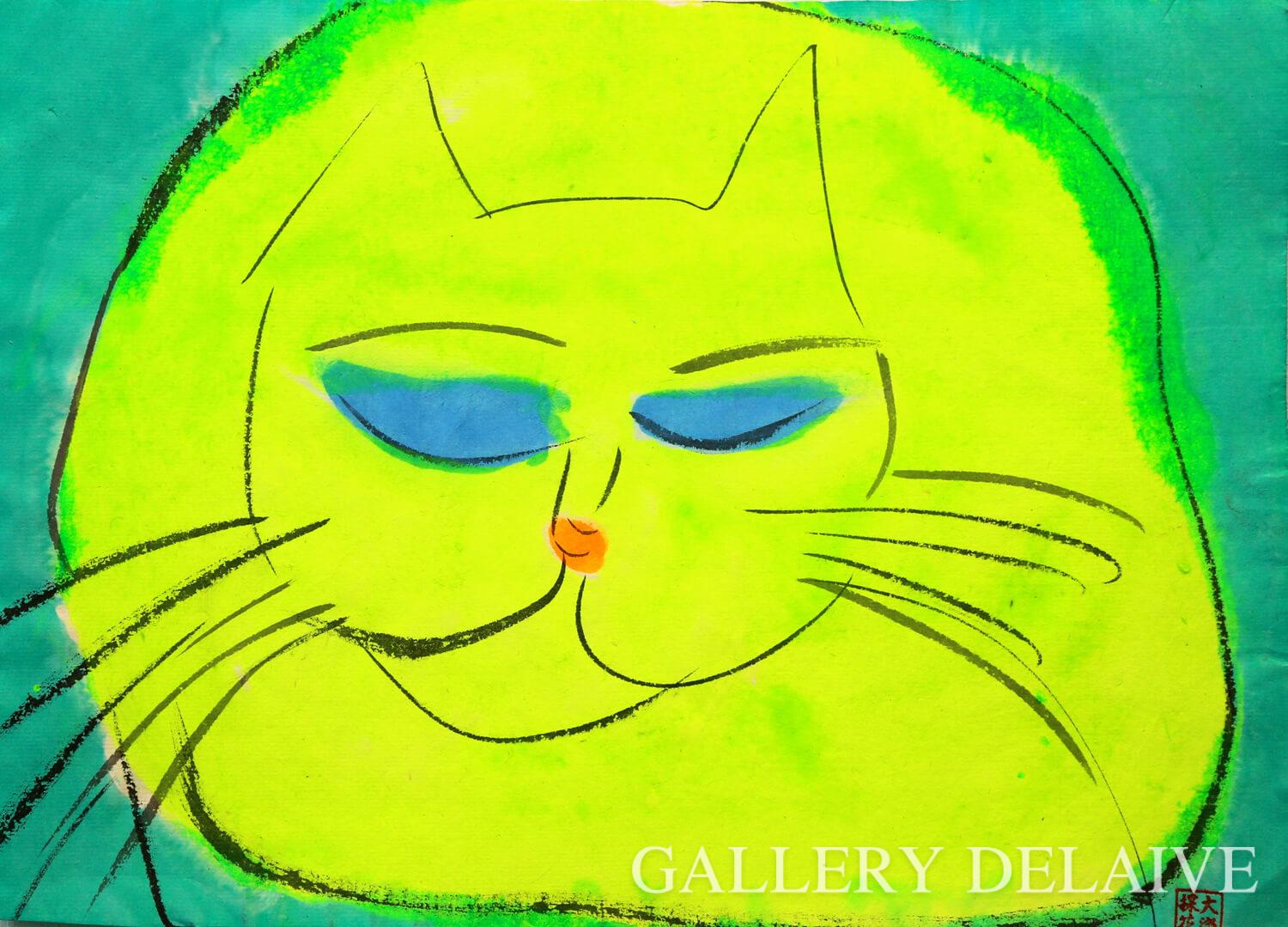 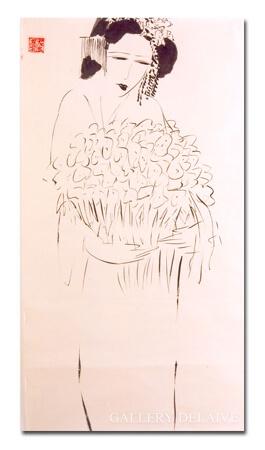 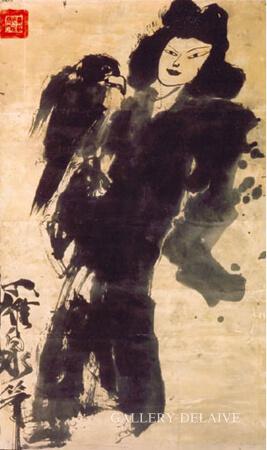 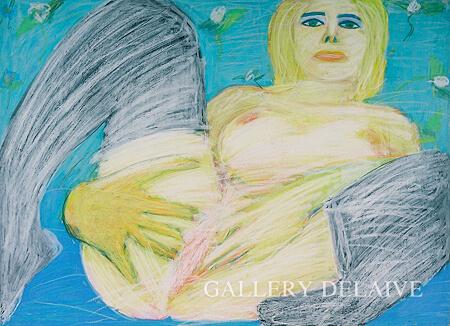 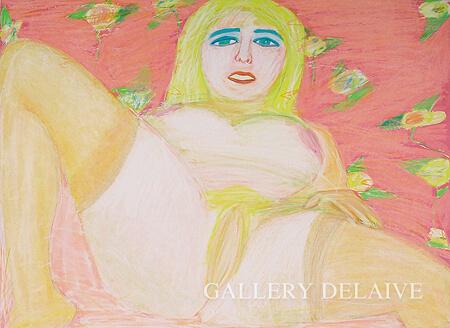 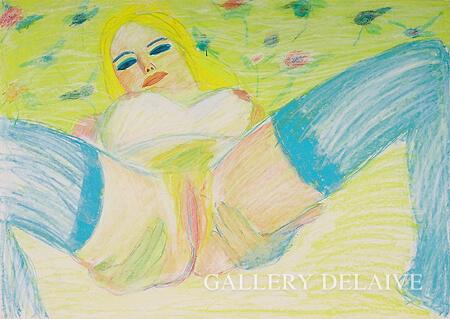 Freshness, vitality and brilliant colour characterise Walasse Ting’s depictions of women, flowers, birds and animals executed in a powerful and highly individualistic style. His seductive, magical world is one of sensory pleasure, appealing to all those who share his passion for the beauty of the natural world.

Born in Shanghai in 1929, Ting studied briefly at the Shanghai Art Academy before leaving China in 1946 to come to Hong Kong, where he exhibited a few watercolours at a local bookstore. In 1950 he sailed for France, eventually arriving in Paris without money, friends or lodging. He lived as a poor struggling artist for six years, absorbing the city and for the first time being exposed to Western art, especially the Expressionist movement and the works of Picasso. An important influence was the Belgian artist, Pierre Alechinsky, who discovered Ting sleeping on bare boards in a tiny attic room and became his lifelong friend.

Ting arrived in New York in 1958 at the height of the Abstract Expressionist period. He befriended the American artist, Sam Francis, and the movement had a profound influence on his work. Unlike in Paris, Ting could paint and sell his work. Bold dripping strokes featured in his paintings, which at that time were mainly poetic abstractions in the manner of the Paris-based Chinese artist, Zao Wouki. Only in the 1970s did Ting develop his now distinctive style using Chinese calligraphic brushstrokes to define outlines and filling flat areas of colour with vivid acrylic paint.

After more than 20 years in New York, Ting moved to Amsterdam, where he has a spacious studio. Although he broke away from his Chinese roots so long ago, he finds that the city’s trees and canals remind him of Hangzhou’s West Lake. Today he lives in both New York and Amsterdam, but like Gauguin, he also often visits Tahiti in search of the exotic colours that he loves.

After suffering a severe brain haemorrhage in 2002 he is no longer able to continue his artistic carreer. After being moved from Amsterdam to New York in April 2010 Walasse Ting passed away at the age of 80 on May 17, 2010.