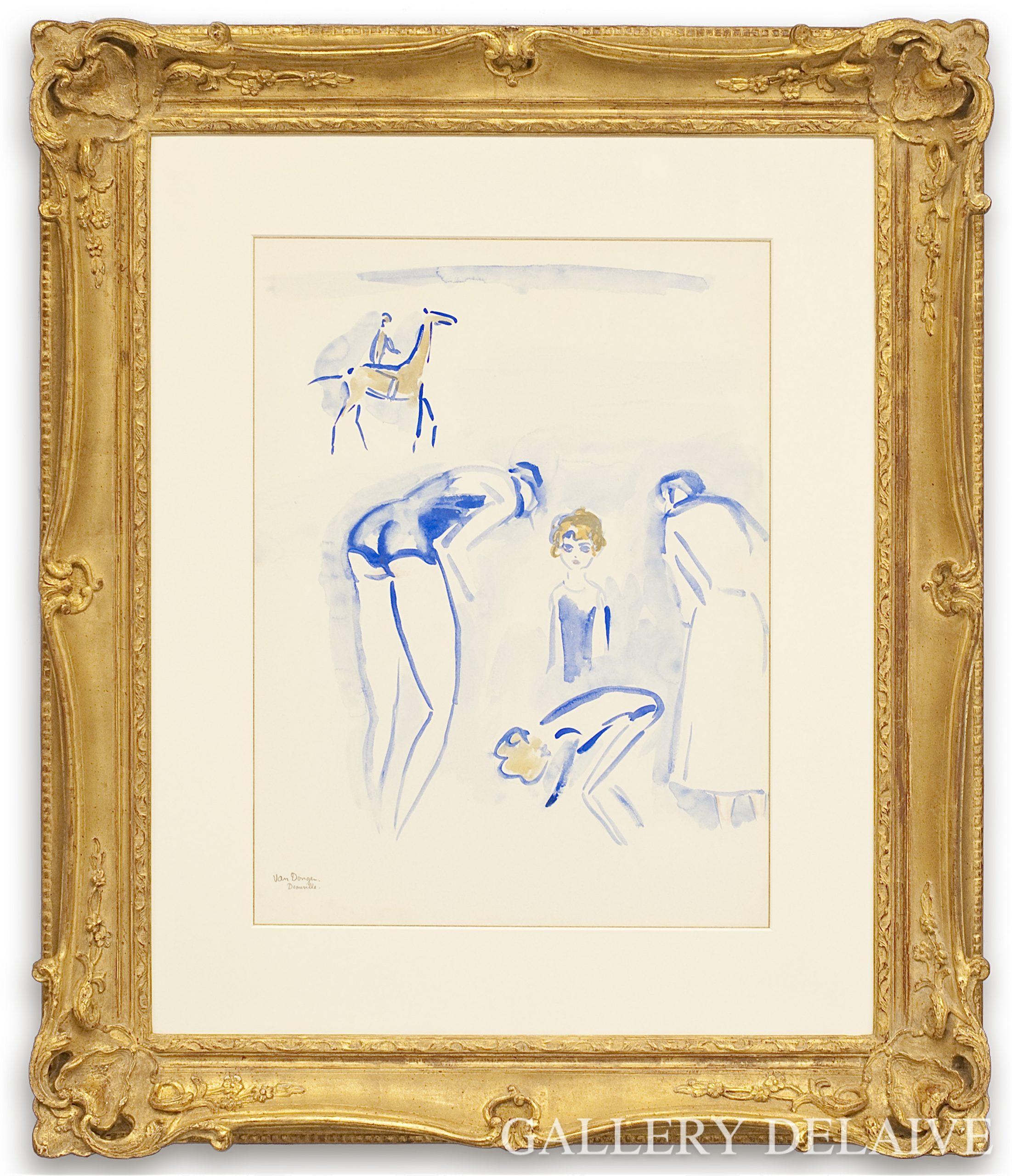 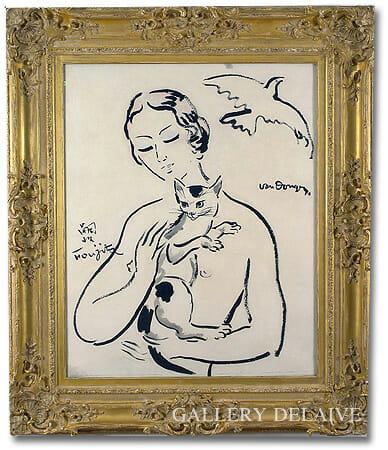 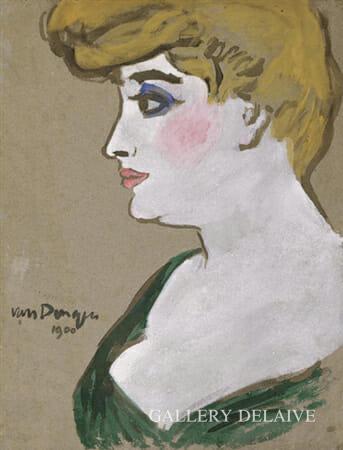 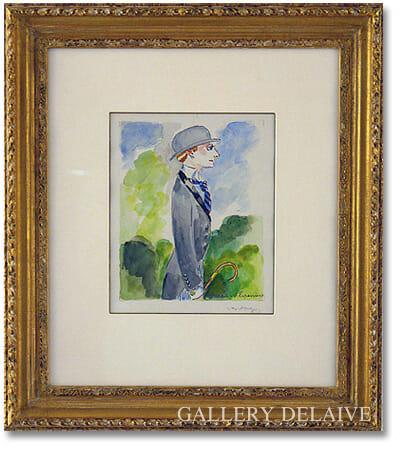 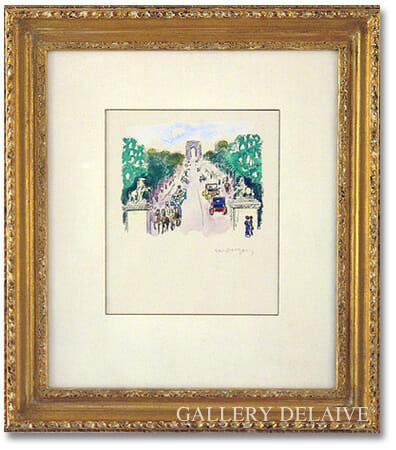 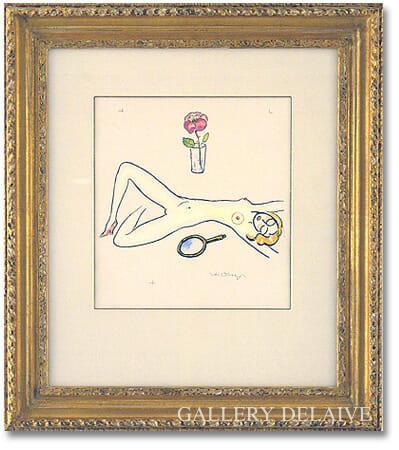 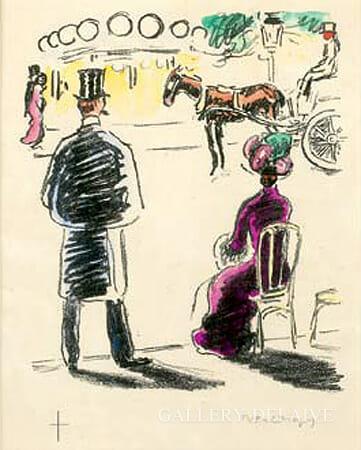 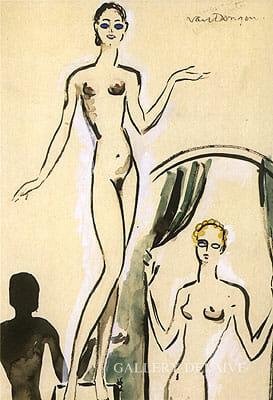 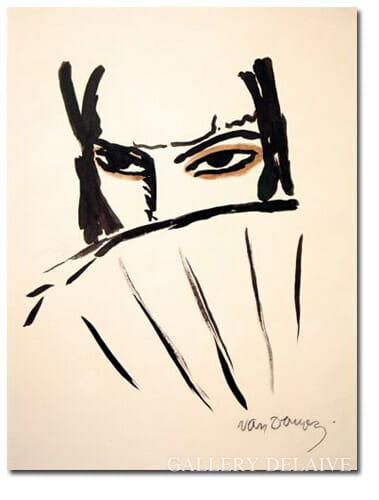 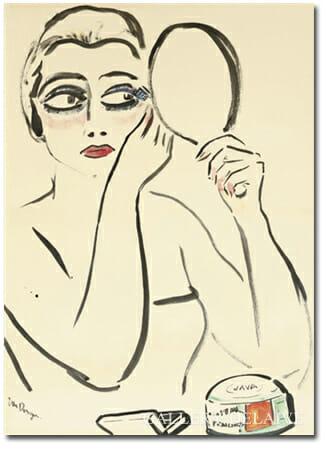 Cornelis Theodorus Marie van Dongen (1877, Delfshaven – 1968, Monte Carlo), Dutch-born French painter, one of the leading Fauvists after Henri Matisse, particularly renowned for his sensuously slender portraits of women. Van Dongen exhibited artistic leanings early in his youth. He attended the Royal Academy of Fine Arts of Rotterdam and moved to Paris at the age of 20.

In the bohemian atmosphere of the Montmartre district, he worked as a house painter, an illustrator for satirical papers, and a café artist. Having made the acquaintance of Matisse, he participated in 1905 in the famous Salon d’Automne, at which the Fauve (Wild Beast) group was given its epithet. In 1907 he was contracted by Daniel Henry Kahnweiler, the dealer of Picasso, and his reputation grew. In 1908 he was invited to join the German Expressionist group Die Brücke (The Bridge), centred at the time in Dresden.
Van Dongen’s candid, colouristic portrait style was immensely fashionable by the end of World War 1. The figure of the thin, red-lipped, unmistakably aristocratic woman (as in Woman with Jewels, 1905) became his rather chilling archetype. His portrait of Anatole France (1917) is particulary notable. He also painted numerous richly coloured seascapes and scenes of Paris in an assured, economical style.