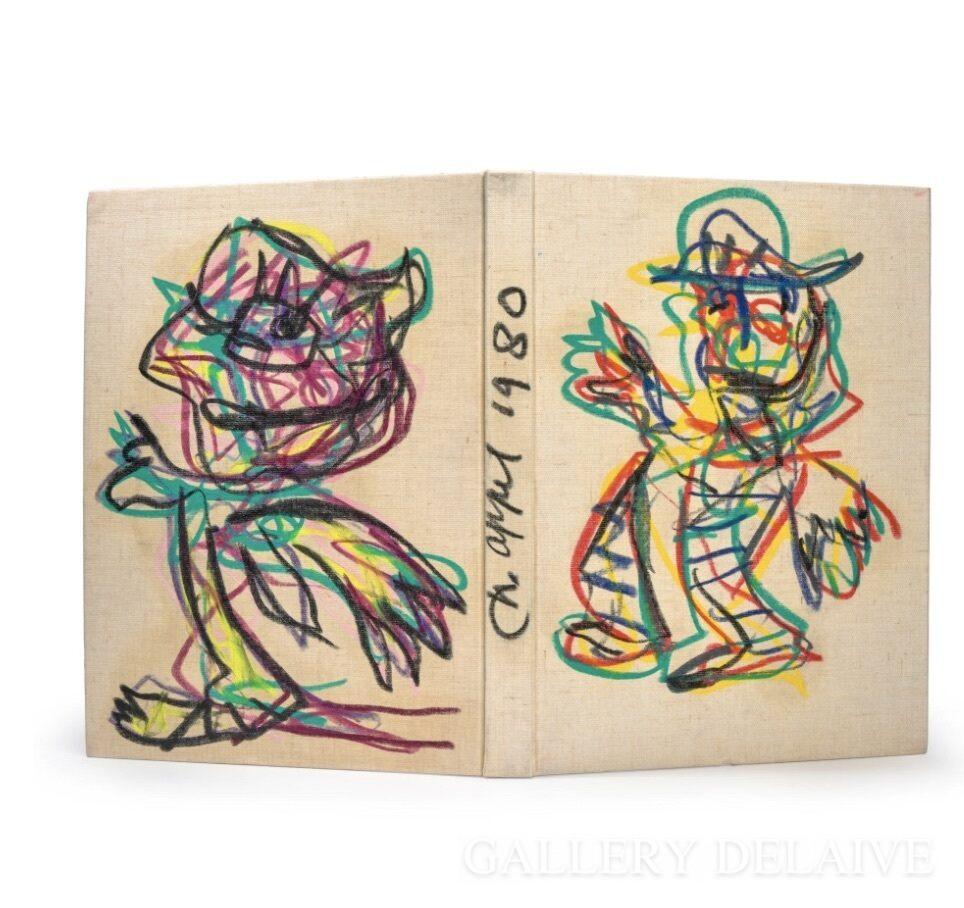 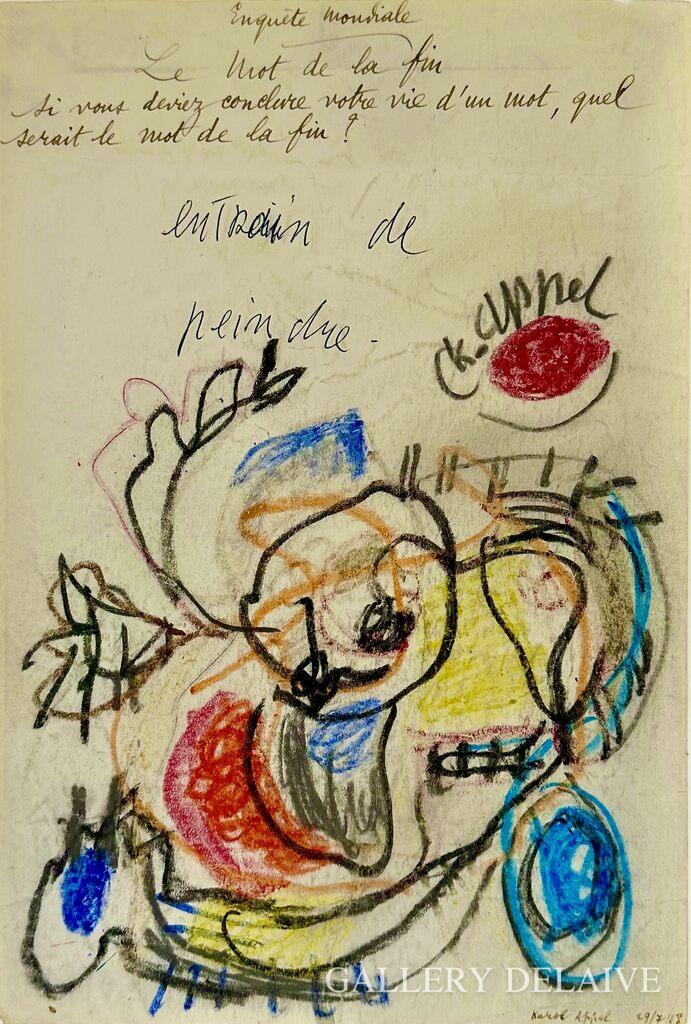 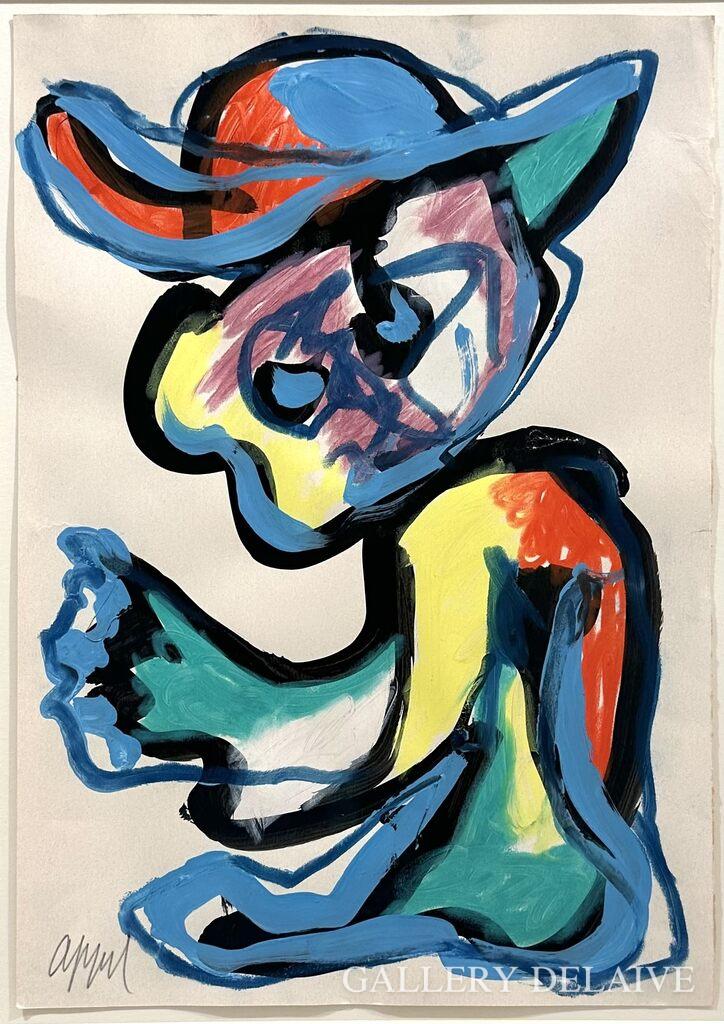 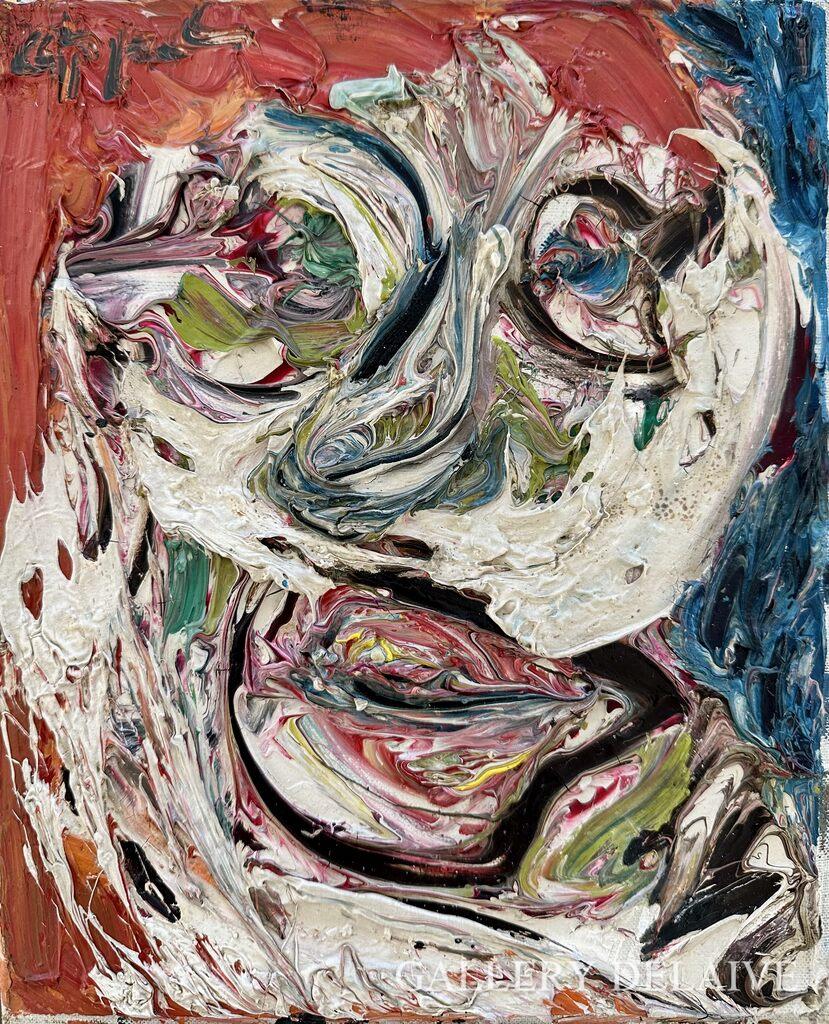 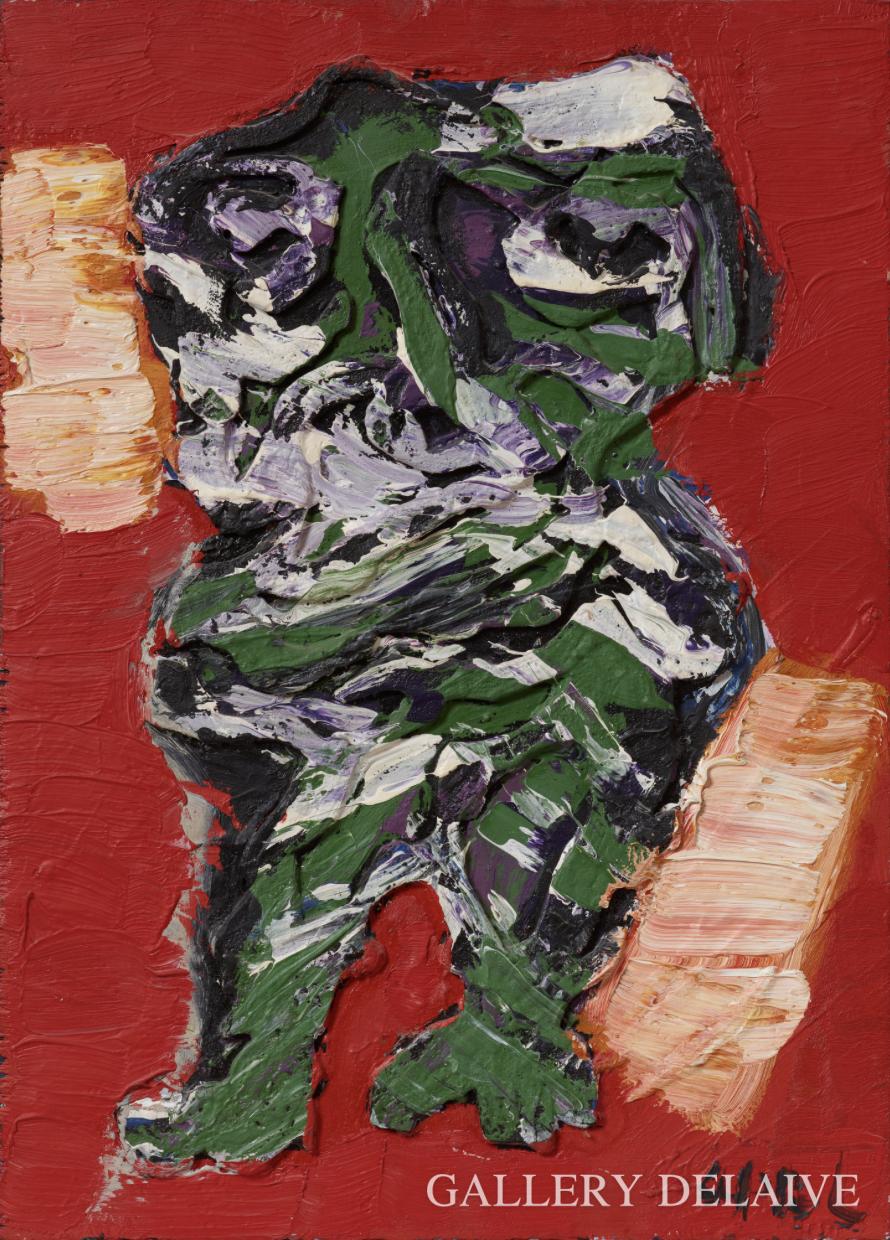 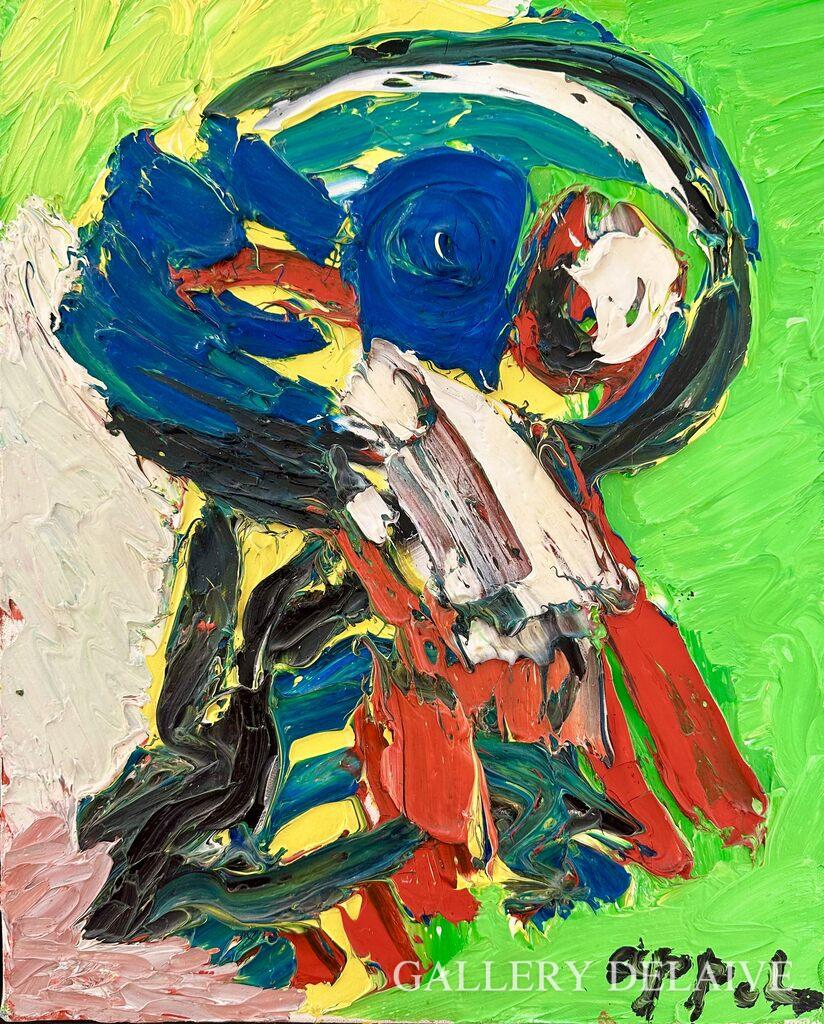 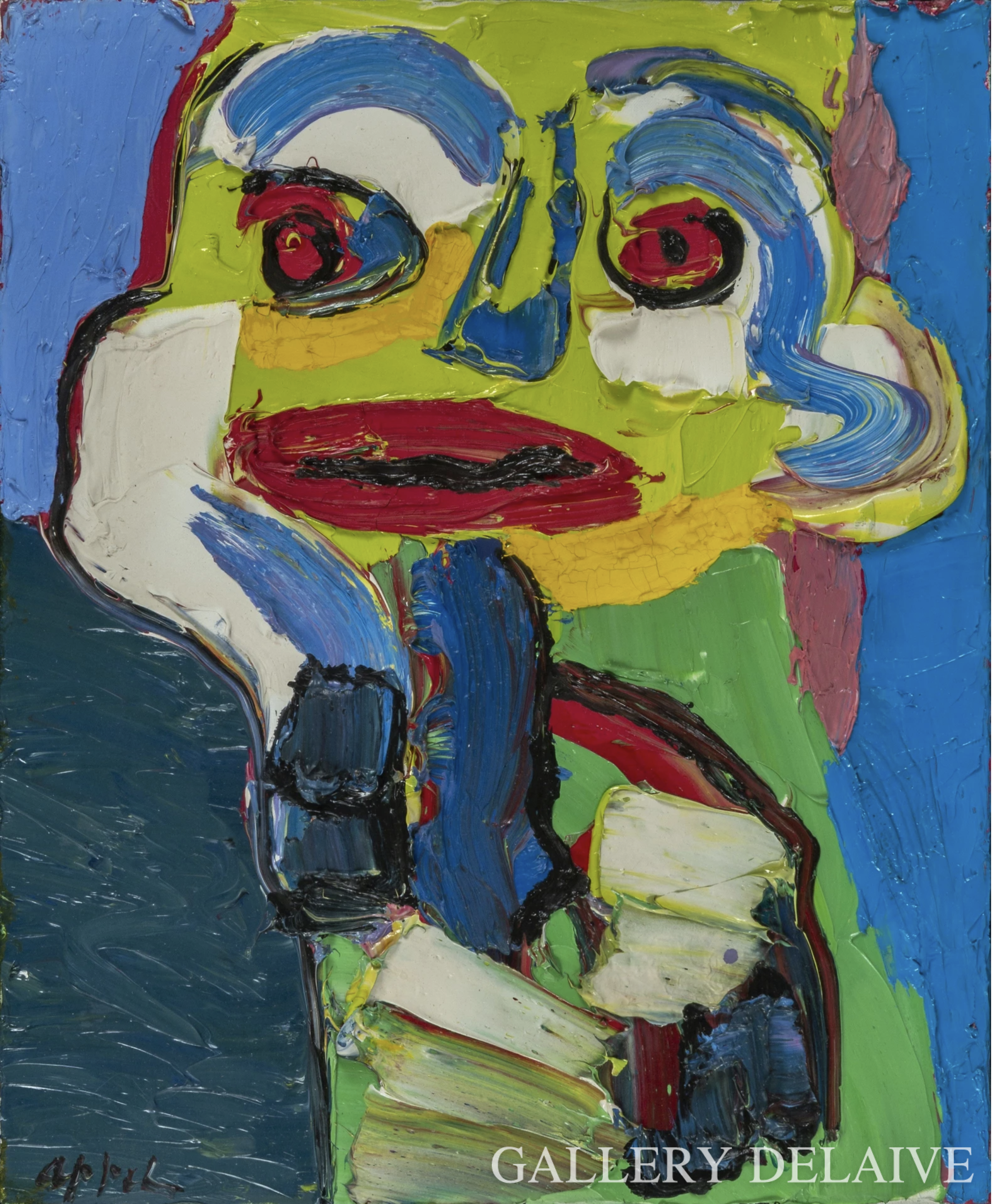 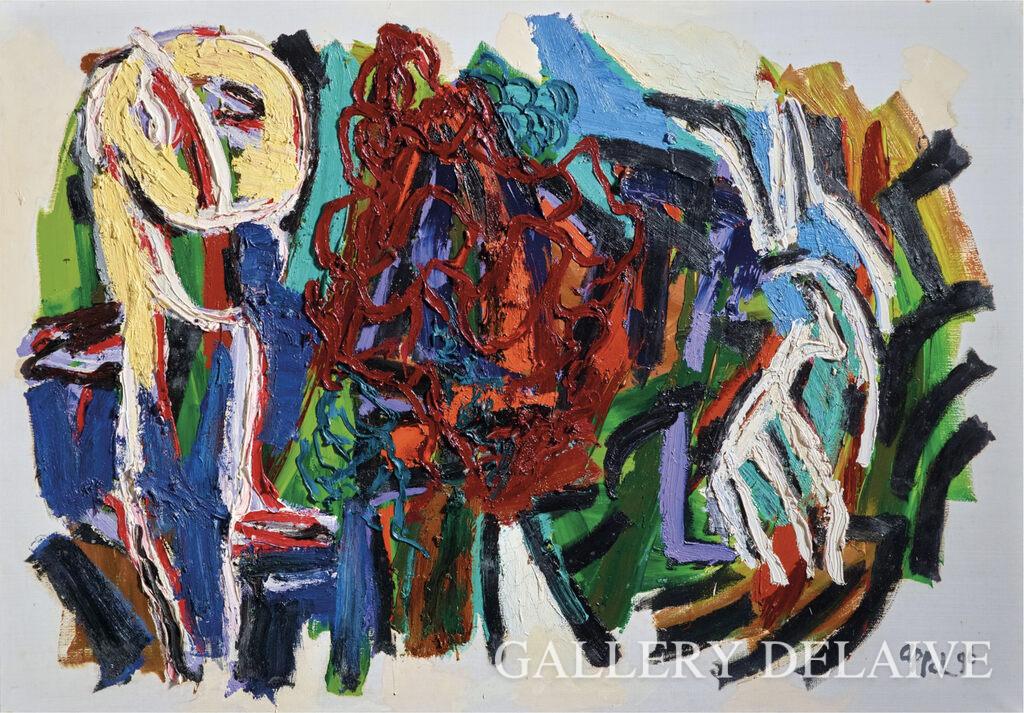 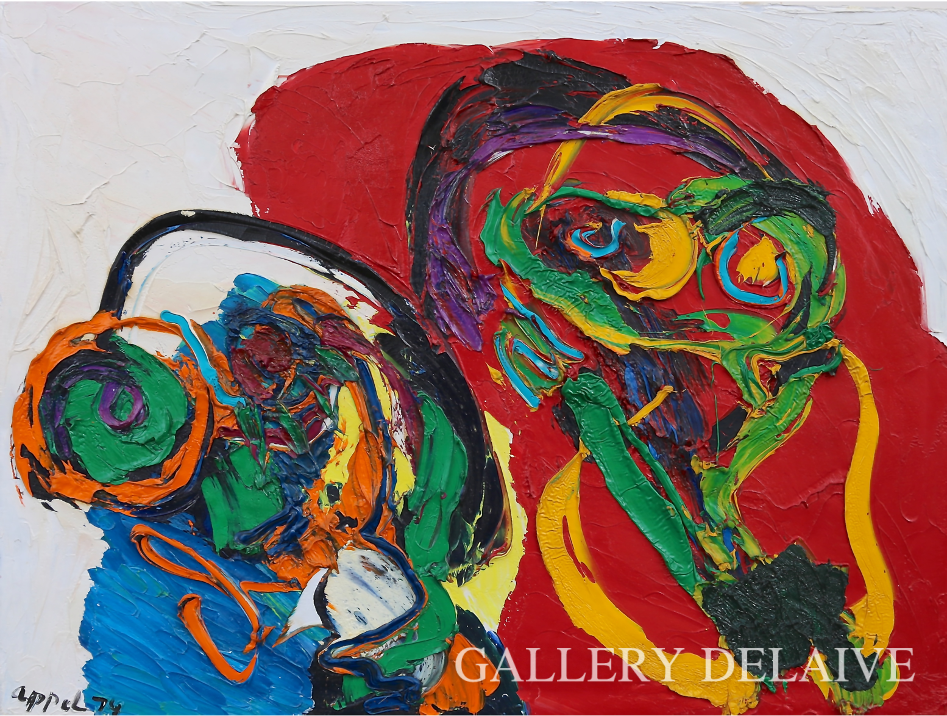 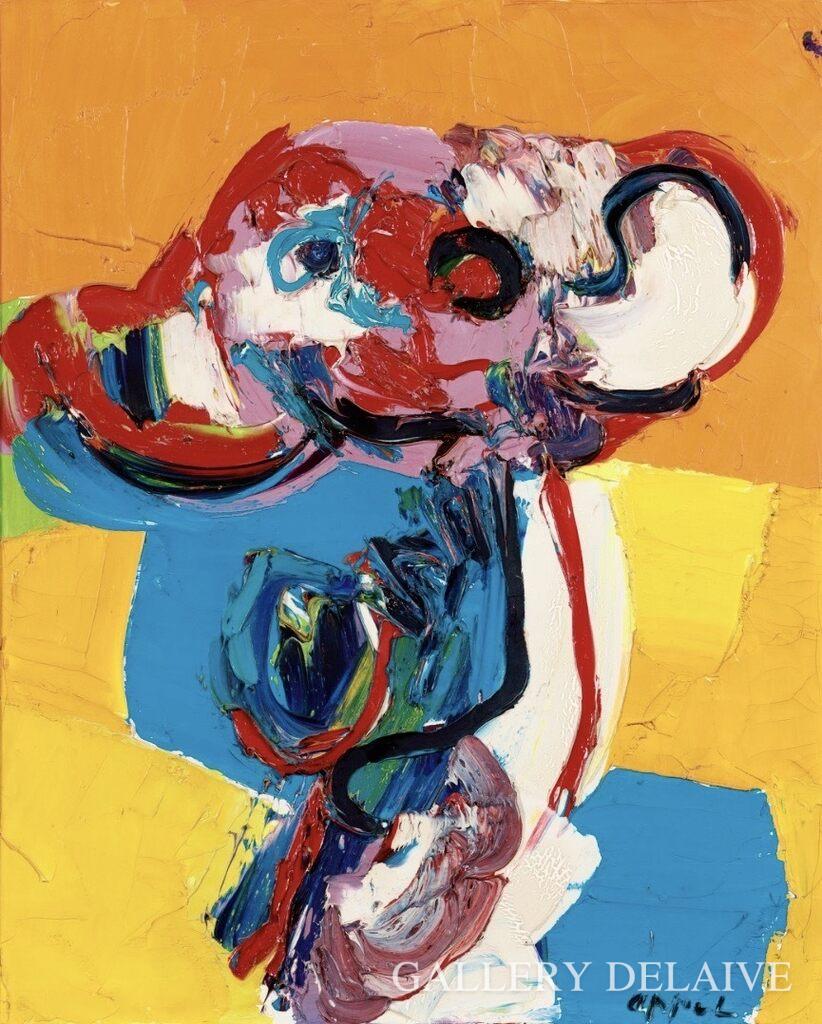 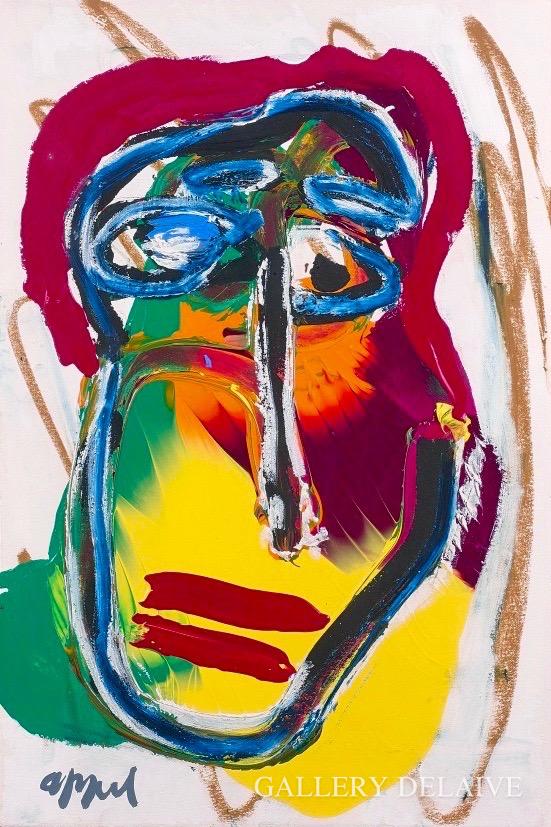 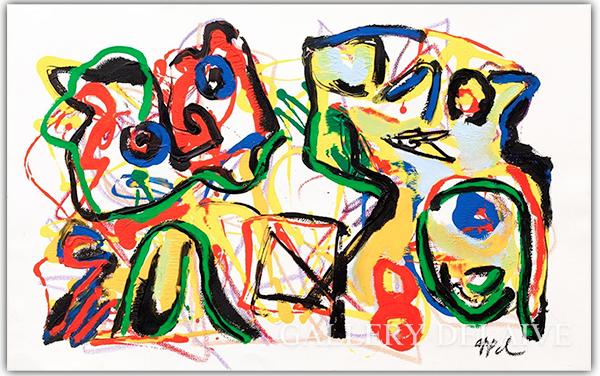 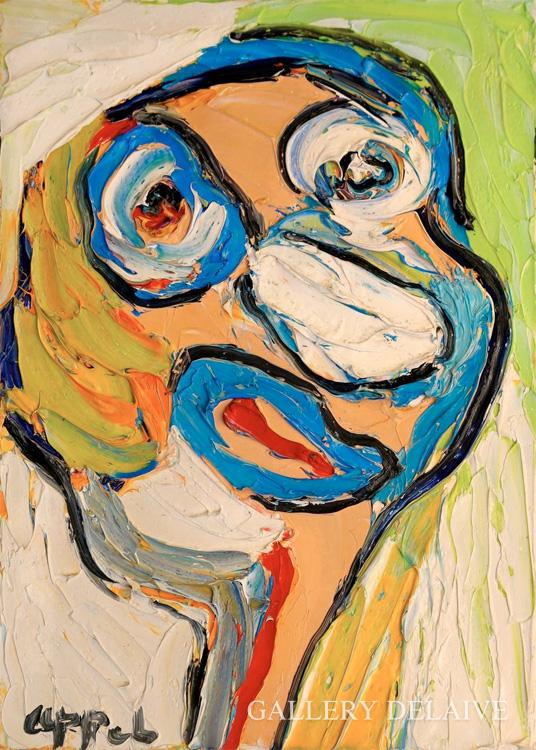 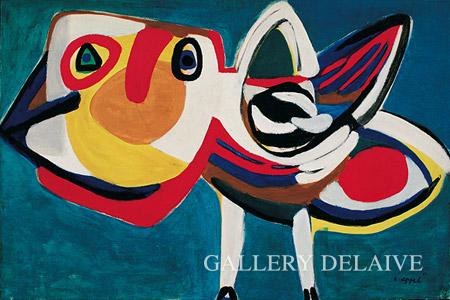 The Dutch expressionist Karel Appel (1921-2006) studied at the Royal Academy of Fine Arts, Amsterdam (1940-1943). In 1948 he helped to create the Experimental Group in Amsterdam, which later formed the basis of CoBrA. He moved to Paris in 1950 and has lived in France ever since. During the late 1940s and early 1950s, Appel captured the postwar mood of reconstruction and fresh beginnings by trying to see things with the eyes of a child. Like Jean Dubuffet (1901-1985), Appel painted monumental graffiti-like images of people, animals, and primitive carvings, in which influences of late works by Klee, Miro, and Nolde can be detected. About 1953 Appel’s style became more painterly; the figures formed part of a vilently swirling mass of bright paint, like mythical creatures welling up from the unconscious. This surrealist-automatic approach gave way in the 1970s to a more decorative style.

Karel Appel exhibition at the Haags Gemeentemuseum, the Hague, 1970